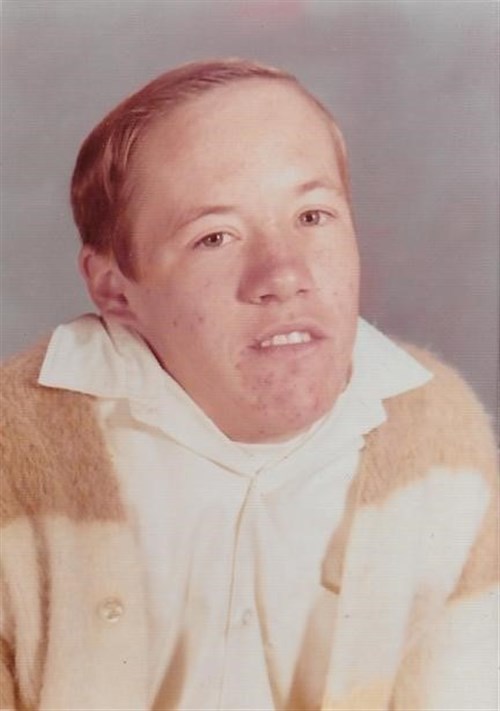 
Injuries suffered July 31, 1971, took the life of Ricky Schuyler, 17 years old, of Felton, as reported by the Delaware State Police.

Ricky died in the Delaware Division Hospital, Wilmington, at 4:30 pm on August 3.  He was admitted on Saturday after his truck went out of control on a curve and overturned on Sussex 284 (Little Masten’s Corner Rd.), south of Felton.  He and his Dad had worked digging potatoes for his grandfather Schuyler, loaded them in the back of his pickup and drove home.  His Dad remember telling him to be careful and later realized the potatoes may have been the cause of the accident

The police said Ricky was given emergency treatment at Kent General Hospital in Dover and was later transported by a state police helicopter to the Wilmington hospital.

Ricky was born and raised in Felton.  He had completed his junior year at the new Lake Forest High School and would have graduated with the class of 1972.

Interment was in the Henlopen Memorial Park.

Ricky joined the Felton Community Fire Company in 1970 hoping to become part of their ambulance crew.  He answered his final fire call on July 31st resulting in the loss of his life.  Ricky’s name was placed on the Delaware Fire Service Memorial Monument which honors firefighters who lost their lives while serving the citizens of Delaware. In 1971 this monument was located near Mirror Lake.  In 2018, the monument was moved to an area (within) Legislative Mall adjacent to the Delaware Law Enforcement Memorial.

This web site article was prepared on August 31, 2020 by Sandy Wood using information contained in The News Journal, talks with Ricky’s father, Robert Schuyler and members of our FCFC.