Help us to continue helping our community. Please make your tax deductible donation to the Felton Fire Company. 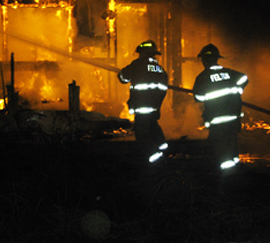 The spirit of volunteerism has a long history in the First State. The first volunteer fire department in Delaware dates back to December 22,1775 where the Friendship Fire Company of Wilmington was organized.

As with most towns or communities in this state and any other in regards to the organization of a fire department, it took a major disaster before the community realized that fire protection was a much needed service in the area.

In 1884 a committee was formed to solicit subscriptions to purchase a fire engine and hose cart for fire protection. The committee was directed by the department to find the materials needed to build a hose cart.

For a number of years the old hand pumper remained the sole piece of fire apparatus of the Felton Fire Department.

In the fall of 1939, a special citizens committee met with the purpose of reorganizing the department. Thirty one men met that day and voted to change the name to the Felton Community Fire Company. It was decided that a committee would be formed to develop a constitution, and by-laws.

The first fire house was located on Lumbart St in a building that also housed the town hall, and the city jail. The first president of the Felton Community Fire Company was J. E. Glackin and the first fire chief was W.C. Milbourn.

On February 4th, 1940 with a loan by Walter & Miriam Moore along with donations by members, the company purchased a Seagrave pumper from the Denton Volunteer Fire Company of Denton, MD. For approximately $737.50.

It did not take long to place this unit into service, as the first alarm for the pumper was answered 13 days later for a chimney fire. There was no fire damage to the residence however there was some minor water damage.

In 1951 the fire company had purchased 2 more pieces of apparatus & housed them in their new building which had a meeting room, a large dining hall for banquets and a kitchen.

In 1965 a fourth truck was purchased as well as an ambulance and a second building was put in place across the street from the present firehouse. On January 17th 1971 the Felton Community Fire Company held a ribbon cutting ceremony and dedication of the new engine room, that could accommodate 6 pieces of apparatus. The governor was the guest of ceremonies and cut the ribbon dedicating the building.

Later that year an auction was held and a fire truck, 2 car garage , pumps, lights, and miscellaneous items raised nearly $3,000.00 for the fire company and bingo began to be another reliable fund raiser for the Felton volunteers.

Later that year the Ladies Auxiliary members were given one of their biggest challenges. They were given the task of pulling the company's hand pumper from the Felton Fire House to the Delaware State Fireman's Convention in Seaford, Delaware. The 25 mile trip was made in just under 8 hours. It has been rumored that several individuals who betted against the ladies completing the trip, were made to make good on their wagers.

Today there is a 6 bay engine room along with a smaller 4 bay pole barn that combined house 3 engines, 1 tanker, 1 rescue-pumper, 1 brush truck, 1 utility, and 2 ambulances that provide emergency services to over 10,000 people in the largest fire district in the county today with over 45 active firefighters answering the call for help at the drop of a hat. Plans are currently underway to build a new firehouse. 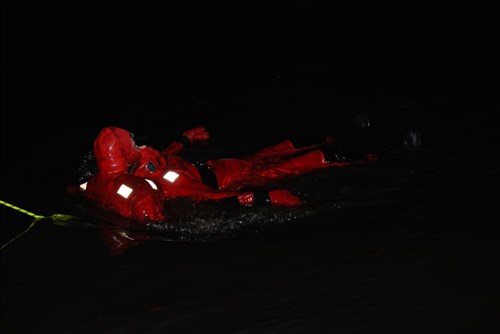