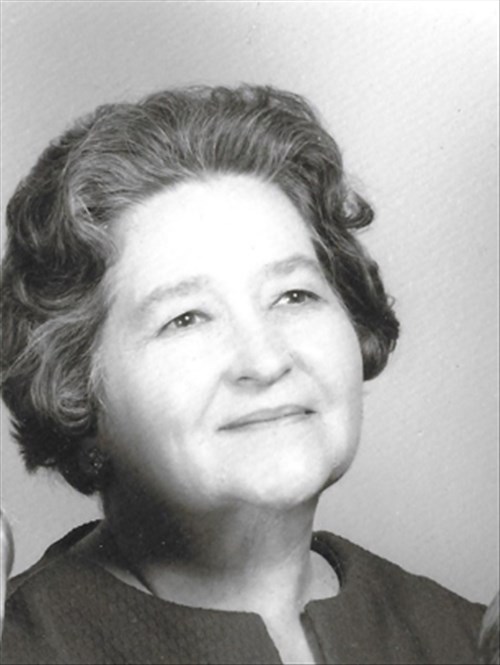 Mrs. Fleming was born October 12, 1908 in Greensboro, the daughter of the late Samuel David and Frances Elizabeth Starkey Carrow.

She had been a seamstress at home.

In addition to her parents, she was preceded in death by her first husband, Lewis Taylor, in 1980, her second husband, Henry A. “Dick” Fleming, in 1991, a sister, Edna Jones, and a daughter, Martha Ann Fleming, in 1991.

She is survived by a sister, Ruth Porter of Dover, Del.; and several nieces and nephews.

Mrs. Fleming joined the Felton Community Fire Company Auxiliary in 1948 and continuing volunteering her time and service to become a life member with 25+ years.  Her daughter, Martha Ann Taylor Failing, was also a life member of the Auxiliary.  Her son-in-law, Spencer Failing, received his FCFC life membership after 25 years of service in March of 1986. He would have been eligible for a 50 year service award in March of 2011, shortly before passing away in 2009.

This web site article was prepared by Sandy Wood using information contained in Martha’s obituary published in the Delaware State News on December 14, 1957 and FCFC archives.  Prepared on July 23, 2015.