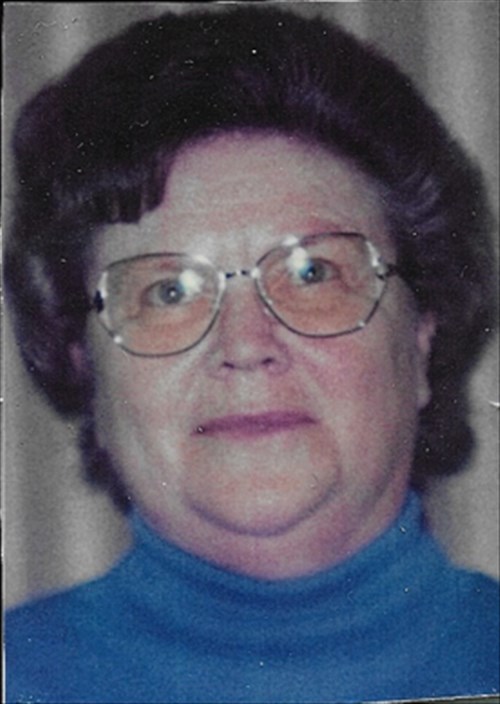 
DOVER – G. Marie Neeman-Austin, of Dover, passed away after a long battle with Alzheimer’s Saturday, March 14, 2009, at Courtland Manor Nursing Home, Dover. She was 74.

She was born on April 1, 1934, in Milford, to the late Wilbert and Dorthea (Brittingham) Coverdale.

Mrs. Austin was a member of First Baptist Church of Frederica.  A lifelong Delawarean, she worked and retired from the State of Delaware.  She enjoyed camping, baking and activities at church.

She was preceded in death by a grandson, William Abbott Jr.

She is survived by her husband of 25 years, Jesse Austin of Dover; son and his wife, Roland “Buster” and Nancy Neeman of Felton; daughters and their husbands, Debra and Herb Kenton Jr. of Felton, Faye and Neal Smith of Harrington, and Nancy and Dale Melvin of Harrington; step daughters, Patricia Austin of Dover, and Mary Austin of Dover; sister, Louella Pritchett of Milford; grandchildren, Jamie Parker, Wendy, Jordan, Shelby Smith, Wesley and Taryn Neeman, Stacy, and Natalie Vosbury, and Amanda Austin; and great-grandchildren, Seth and Haydan Parker, and Owen Piro.

Burial was at the Odd Fellows Cemetery, Camden.

Marie was a life and 50+ year member of the Felton Community Fire Company Auxiliary joining in 1953.  She served as our Assistant Secretary in 1958 and 1966.  In 1969 she served as our Assistant Treasurer.  Marie’s son, Buster, is a member of the Auxiliary and his wife, Nancy, is a life member.  Her daughter, Debbie Kenton, is a life member.  Marie’s granddaughter, Taryn, is an Auxiliary member.

This web site article was prepared by Sandy Wood using information contained in Marie’s obituary published in the Delaware State News on March 17, 2009 and auxiliary records.  Prepared on August 17, 2015.