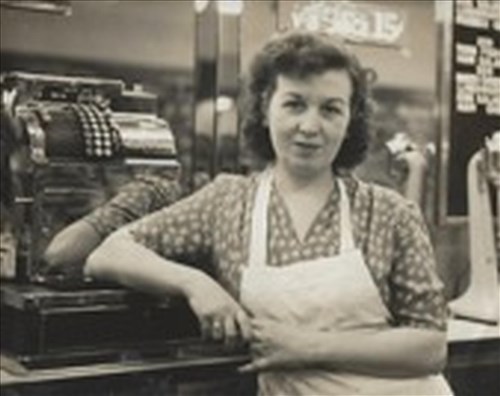 
Lillian May Carrow Voshell Roach, of R.D. 3 Felton, died Friday, October 25, 1985, in her home, of cancer. She was 73. She was born December 5, 1911, daughter of the late Robert P. and Elizabeth Luff Carrow. She was a member of Avenue United Methodist Church, Milford. She was preceded in death by her husband, Pen Roach in 1977 and her son, Harold Voshell in 1980. She is survived by two sons, Robert J. Voshell, of Milford, and Clarence ‘Honey’ Voshell, of Felton, one daughter, Louise Voshell Blades, of Felton; 12 grandchildren; and eight great-grandchildren. Burial was in Silver Lake Cemetery, Dover. Lillian was a charter member of the Felton Community Fire Company Auxiliary. Her 1st husband, Harold Voshell was a charter member of the FCFC. Her son, Harold was a life member and her daughter-in-law, Charlotte Voshell Gingerich is currently a life and 50+ year Auxiliary member serving in many capacities. Her granddaughter, Donna Blades Robinson is currently a member of the Auxiliary. Her son, Honey, can often be found around Delaware playing with his band the Honeycombs. This web site article was prepared by Sandy Wood using information contained in Lillian’s obituary published in the Delaware State News on October 26, 1985. Prepared on July 13, 2015.