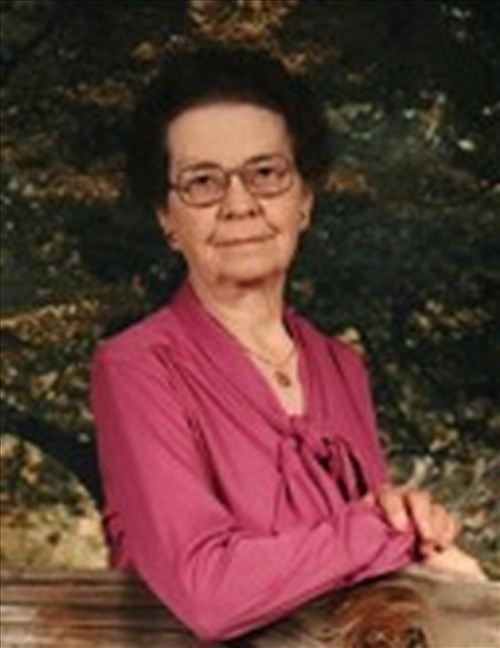 
Georgia F. Palmer of Felton, died Wednesday, June 11, 1997, in Silver Lake Nursing and Rehabilitation Center. She was 88. Mrs. Palmer was born February 24, 1909 in Greensboro, Maryland, the daughter of the late George and Florence Greenlee Edwards. She was a homemaker and enjoyed baking. Mrs. Palmer was a member of the Sarah Rebekah Lodge of Felton. She was preceded in death by her husband, Harold G. Palmer, in 1964, and a son, Donald G. Palmer, in 1960. Mrs. Palmer is survived by two sons, H. Clifton Palmer of Wyoming, and Gene Palmer of Felton; two sisters, Thelma Breeding of Hebron, Md., and Marie Parrott of Cross City, Fla.; six grandchildren; and 11 great-grandchildren. Burial was in Odd Fellows Cemetery, Camden. Georgia was a charter and life member of the Felton Community Fire Company Auxiliary. Her husband, Harold, was a charter member of the FCFC. Georgia’s sister, Cora A. Edwards Cahall, was a charter and life member of the Auxiliary. Her sister, Thelma Edwards Breeding, was a member of the Auxiliary. Her brother-in-law, John Cahall, was a life member of the FCFC. This web site article was prepared by Sandy Wood using information contained in Georgia’s obituary published in the Delaware State News on June 12, 1997. Prepared on July 18, 2015.