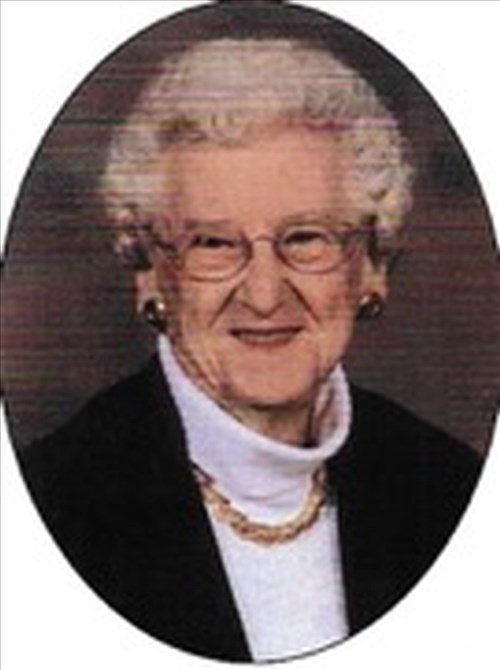 
Pauline Minner Morgan of Heritage of Milford, formerly of Houston, died Tuesday, Aug. 2, 2005, in Bay-health-Milford Memorial Hospital, Milford. She was 88. Mrs. Morgan was born June 14, 1917, in Felton, daughter of the late Joseph and Laura Minner. She worked for Playtex Corp. and the Felton Post Office prior to moving to Houston. She also worked as a clerk at Carroll's Sales Co. in Felton. She enjoyed gardening, reading, playing cards, traveling and being with family and friends. Mrs. Morgan was a faithful member of Houston United Methodist Church, having served as treasurer for many years. She served as treasurer for the town of Houston and was awarded the Outstanding Citizen Award for her service. She was a life member of Houston Fire Co. Ladies Auxiliary, as well as of the state and county auxiliary associations. She also was a member of Milford Memorial Hospital Auxiliary, having assisted in the gift shop for many years, was a member of the Milford chapter of AARP and was active in the Harrington Senior Center and Milford New Century Club. She also wrote news article for the community of Houston for the Milford Chronicle and the Harrington Journal. In addition to her parents, she was preceded in death by her husband, Franklin Morgan, in 1974; three brothers, Lawrence Minner, William Marvel and Howard Williams; and four sisters, Pearl Beidman, Helen Pyott Houston, Anna Biggs and Agnes Sipple. She is survived by a daughter, Connie K. Morgan of Houston; a sister, Dorothy Minner of Camden; a sister-in-law, Ella M. Simpson of Houston; eight nieces, Ruth Ann Beideman, Katherine Roberts, Virginia Hurd, Ingrid Bergstrom Bogen, Shirley Hairgrove, R. Marie Moore, Hazel Lemmon and Nancy Smith; and eight nephews, Ronald Sipple, Donald Sipple, William Sipple, Larry Sipple, Jay Biggs, Joseph Beideman, F. Gary Simpson and W. Wayne Hart. Burial was in Barratt’s Chapel Cemetery, Frederica. Pauline was a charter member of the Felton Community Fire Company Auxiliary before joining Houston Volunteer Fire Company Auxiliary (Station 52). Her daughter, Connie Morgan, is currently a member of the HVFC Auxiliary. Connie has held past positions of President and Secretary. Pauline’s sister, Agnes Sipple, was a life member of the FCFC Auxiliary and brother-in-law, Arthur Sipple was a life member of the FCFC. This web site article was prepared by Sandy Wood using information contained in Pauline’s obituary published in the Harrington Journal on August 11, 2005 and auxiliary archives. Prepared on June 21, 2015.