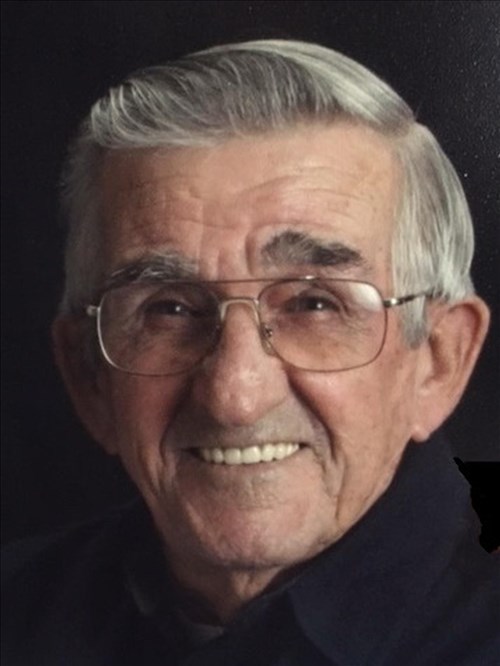 
Ira " Jr." Glanden, Jr. of Felton, passed away peacefully at home on Saturday, March 12, 2016. He was born in Dover Delaware, son of the late Ira Glanden, Sr. and Mildred Tomlinson Glanden on Aug. 7, 1928. Jr. worked at Dover Air Force Base Civil Service as an Electrical Superintendent for thirty years prior to retirement. He married his wife Betty Garey-Glanden in 1947 and they would have celebrated their 69th wedding anniversary this year. His siblings and his grandson Anthony Wade Brown preceded him in death. Jr. enjoyed bowling and was an avid golfer. For many years he helped serving dinners at the Felton Fire Company Fireman's Oyster dinners and was a lifetime member of the Fire Company. For 17 years, he delivered flowers for Jen-Mor Florist. Jr. will be remembered for his outgoing personality, great sense of humor and his glowing smile. He leaves behind his loving wife of 69 years, Betty Garey-Glanden; two children, Sandra Lee "Sandy" Furr, Garey Glanden and his wife, Lynn; three grandchildren, Tangey Rains, and husband Dale, Kari Lynn and Corinne Joy Glanden. Also, seven great-grandsons; and one great- great granddaughter. Burial was at Hopkins Cemetery, Felton, Delaware. In lieu of flowers the family requested donations to the Felton Fire Company, P.O. Box 946, Felton, Delaware 19943. Ira’s wife, Betty Garey-Glanden is a past member of the FCFC Auxiliary. This web site article was prepared by Sandy Wood using information contained in Ira’s obituary published in the Delaware State News on March 14, 2016.