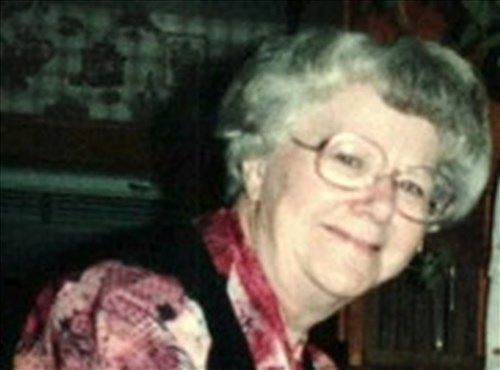 
HARRINGTON - Anna Belle Brown of Harrington died Monday, March 13, 2006, in her home surrounded by her children. She was 84. Mrs. Brown was born Sept. 28, 1921, in Harrington, daughter of the late Rix M. and Elsie (Hurd) Garey. She was employed as a registered nurse with Milford Memorial Hospital for 20 years before retiring in 1996. Mrs. Brown was a member of Houston United Methodist Church. In addition to her parents, she was preceded in death by her husband, Alvin O. Brown, in 1971. She is survived by a son, Gary L. Brown of Harrington; a daughter, Karen Kornfield of Waynesboro, Pa; three sisters, Betty Glanden and Louise Fisher, both of Felton, and Phyllis Hall of Dover; four grandchildren; and five great-grandchildren. Anna Belle was a charter member of the Felton Community Fire Company Auxiliary. Her father, Rex Garey, Sr. and brother, Rix Garey Jr., were both charter members of the FCFC and her mother, Elsie Garey, was also a charter member of the Auxiliary. Her son, Gary was a life and 50+ year member of the Milford Carlisle Fire Company and served in many capacities. Anna Belle’s sister, Thelma Garey Myers, was a past member of the Auxiliary and brother-in-law, Bill Myers was a life member of the FCFC. Her sister, Louise Garey Fisher is currently a life and 50+ year member of the Auxiliary and sister, Betty Garey Glanden, is a past member of the Auxiliary. This article was summarized from her obituary printed in the Delaware State News, March 11, 2006 and FCFC archives. Prepared on June 16, 2015 by Sandy Wood.