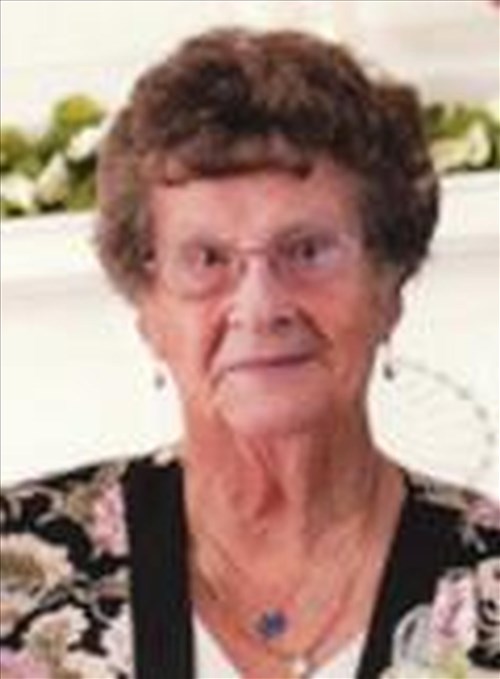 
Felton - Dorothy Dill-Jester passed away Aug. 13, 2015 in the Broad Meadows Healthcare facility at the age of 93. Her parents were the late Herman and Elva Callaway. Mrs. Dorothy Dill-Jester was a lifetime member of the Felton Fire Company. She was a loving wife, caring mother and grandmother who always put her family first. She devoted her time to taking care of her family. Mrs. Dill-Jester enjoyed staying with her sister Mary after they both had lost their spouses. Mrs. Dill-Jester and her first husband Olin loved Christmas, They always had their place in Viola lit up with Christmas lights. People often came from miles away to view their display. There was often a steady stream of traffic from dusk until the lights were turned out at night. In the off season, Mrs. Dill Jester could be found at the small florist shop on the farm enjoying her flowers. Mrs. Dill- Jester is preceded in death by her first husband Olin Dill, son Olin Dill Jr and her second husband Leroy Jester, and son in law Brian Owen. Mrs. Dill-Jester is survived by her daughters: Janet Fisher (Bob) of Dover and Joyce Owen of Richmond, Va.; Grandchildren: Gary L. Fisher (friend Pam) of Richmond, Va., Randy E Fisher (Bobbie) of Milford, Del., Ladonna Owen (friend Amy), Roger Owen, Gregory Owen all of Richmond, Va., Renee Thompson (Jay) of Dover, and Dennis Dill (Brenda) of Dover; 15 great-grandchildren; and 15 great-great-grandchildren; Sister, Mary Price of Felton, Del. Interment was in Odd Fellows Cemetery in Camden. The family suggested donations to the Felton Community Fire Company, Auxiliary, P.O. Box 946, Felton, DE 19943. Dorothy joined the Felton Community Fire Company Auxiliary in 1967 and continued serving to become a life member. In 2017 she would have been a 50 year member. Her daughter, Janet Fisher, is currently a life and 50+year member. Janet has served as a past president, chaplain and other offices within our auxiliary. She also served as a past state and county auxiliary president. Dorothy’s son-in-law, Bob Fisher, is currently a life and 50+ year member of the FCFC. This web site article was prepared by Sandy Wood using information contained in Dorothy’s obituary published in the Delaware State News on August 18, 2015. Prepared on August 22, 2015.