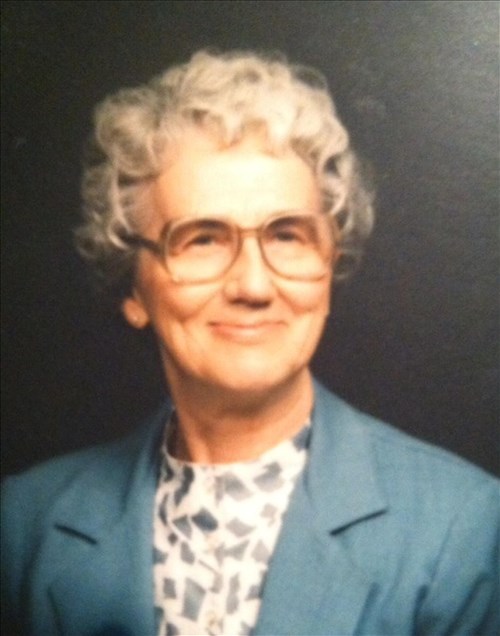 
Mabel M. Woikoski passed away at home surrounded by her loving family early on Saturday, July 26, 2014 after a brief illness at the age of 93. Mabel was born on October 18, 1920 in Harrington, Delaware to the late Wilson and Ethel Holden. She was a housewife and worked on the family farm with her husband, Herman, whom she married in 1940. For many years Mabel and Herman raised chickens on their farm. Mabel was a 50 year life member of the Felton Fire Company Auxiliary having reached this milestone in April of 2014; she served as Vice President and on the Sunshine Committee. Additionally she was a member of the Felton Viola United Methodist Church and the Harrington Senior Center. In addition to her parents, she was preceded in death by her husband of 56 years, Herman, in 1996; brother, Marshall Holden; and sister, Ida Roland. She is survived by her son Donald Woikoski and his wife Kathleen(Ricky); daughter Shirley Foxwell and her husband George; grandchildren, Annette Ashley, Tracey Parker and Michael Woikoski; great-grandson Brent Ashley; step grandchildren, George and April Foxwell; step-great granddaughter Amie Evans and her daughter Addison; several nieces and nephews. Mabel’s son Donald is a 50 year life member of the Felton Community Fire Company. Her granddaughters Tracey and Annette are both active life members of the Felton Community Fire Company Auxiliary. This web site article was prepared by Ken Ryder using information contained in Mabel’s obituary published in the Delaware State News on July 28, 2014.