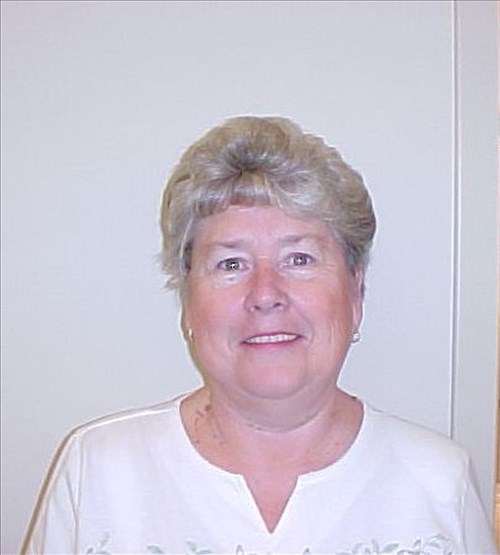 
Joyce F. Melvin, 64 of Canterbury passed away on Wednesday, June 11, 2014 at the University of Pennsylvania Medical Center in Philadelphia, PA. Joyce was born in Milford, De., daughter of the late Byron Wilson and Pauline (Clark) Frazier. She worked for the Kent County Receiver of Taxes Office under the auspices of Laurabelle Wilson when she started. Joyce was later elected to the office and served several successive terms before retiring after 25 years of service. Joyce was a member of the Felton Avon Club, Past President of the Felton High School Alumni Association, a member of the Women of the Moose, the First State Corvette Club and Past President and life member of the Felton Fire Company Ladies Auxiliary which she joined in 1971. She served as Auxiliary President from 1974-1976 and again in 1977-1983. In 1975 Joyce proposed that the Felton Auxiliary pull the company’s 1851 pumper to Seaford where the State Convention was being held which they did. Joyce later was elected and served as President of the Kent County Ladies Auxiliary in 1987 and 1988. In addition to her parents, she was preceded in death by her brother, Donald Lee Frazier. She is survived by her husband, James L. Melvin, Jr.; 3 children, Karen Sipple, Kevin Sipple and wife Kelly, Steve Sipple and wife Darlene all of Felton; 2 step-children, Kelli Wilson and husband, Scott of Dover and Sheri Bailey of Seaford; 9 grandchildren Amanda Mulnack, Tyler, Christopher, Ryan and Sarah Sipple, Alyssa and Alanya, Wilson, and Chase Sipple; step granddaughter Gabi Cubbage. Joyce’s husband James L. Melvin, Jr. is a member of the Dover Fire Department , her son Kevin is a Past Chief of Felton and Magnolia Fire Company’s and grandsons Tyler and Ryan are members of Felton Community Fire Company. This web site article was prepared by Ken Ryder using information contained in Joyce’s obituary published in the Delaware State News on June 13, 2014 and the Felton Ladies Auxiliary archives.