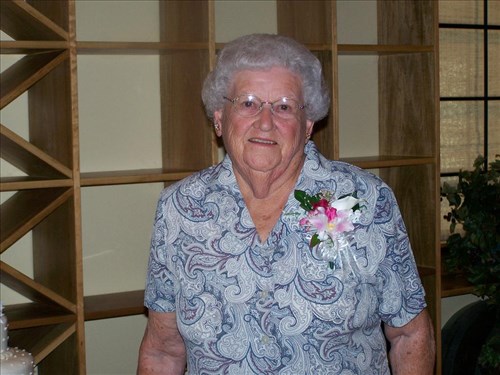 
Pauline C. Frazier of Felton passed away April 7, 2011 in Bayhealth-Kent General Hospital in Dover at the age of 90. She was life member of The Felton Community Fire Company Auxiliary and a member of the Felton Avon Club. In her working career she was a sales associate for the JC Penney Company for 25 years. During her many years of service to auxiliary Pauline could be found cutting up chicken, baking cakes. She also spent a lot of time in the kitchen helping during the Fireman’s Suppers. She was preceded in passing by her parents, her husband Byron Wilson Frazier, her sister Edna Stubbs, her brother in law Temple Stubbs and brother in law Hartley Pierson. Her surviving children are Joyce Melvin, Donald Frazier, Harold Frazier and a sister Evelyn Pierson of Wilmington. Family members that carry on the tradition of service to Felton Community Fire Company is her daughter Joyce Melvin, an auxiliary member and Past President. Harold Frazier, her son is a life member of Felton Community Fire Company and also spends a lot of time in the kitchen helping during the Fireman’s suppers. In addition, Kevin Sipple, one of her grandsons, is a member and Past Chief of Felton Community Fire Company.