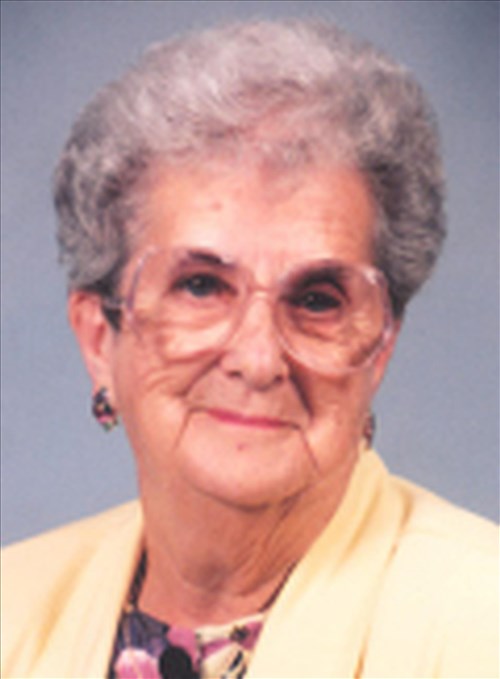 
FELTON - Katherine Dorothy "Dot" Dill passed away at her grandson's home on Thursday, Nov. 10, 2016. Mrs. Dill was born to the late, Harry N. and Katherine Shockley. Mrs. Dill worked for over 25 years as a customer service representative for Delmarva Power and Light. She also worked for many years at the Delaware State Fair selling advance tickets for the grandstand shows. She loved the Delaware State Fair and looked forward to doing this each year. She also worked for both the Harrington Raceway and Dover Downs as a mutual clerk during the harness horse races for many years. Mrs. Dill loved to work and be busy, and never liked to keep still. She was always involved with something and loved to help others in her community. She was well known in the community and many people would tell you she was one of the nicest people you could ever meet. She loved to talk, and people always came up to her when they saw her. Her kindness and caring nature will forever be missed. One of her favorite past times was watching Orioles baseball. She was certainly one of their biggest fans. She always enjoyed working outside and going out to eat with her family and many of her special friends. Her favorite past time was enjoying and spending time with her great grandchildren. Her face would always light up when any of them were around her. She loved each of them dearly and was so proud of them for their many accomplishments. Mrs. Dill was a member of the Manship Chapel Church, the Democratic Club of Harrington, Felton Avon Club, Harrington Moose Lodge, and the Harrington Senior Center. She was a 66 year member of the Ladies Auxiliary of both the Magnolia Fire Company (1949 to 1959) and Felton Fire Company (1960 to 2016). She enjoyed helping with their dinners and being involved as much as possible, as the firehouse was her life. She jumped right into being part of our Auxiliary and held the office of recording secretary. Over the years she was a member at Felton, she held most all the offices from President to assistant secretary. She probably chaired every committee that we have ever had one time or the other. She was a Life Member, a 50 year plus member, and one of the first recipients of the Golden Apron Award in 2013. Mrs. Dill also served as Past President of the Ladies Auxiliary Delaware Volunteer Firefighter's Association from 1961 to 1962. She was inducted into the State LADVFA Hall of Recognition in 1982. We believe she attended most every State Firemen’s Convention since she was State President in 1961. Prior to her passing, Dorothy was our oldest living member. Thank to you, Miss Dot, for all your hard work and dedication as a member of the Felton Community Fire Company Auxiliary. Not many people have volunteered for 68 years helping others in their community. Dorothy’s daughter, Clara, was an FCFC Auxiliary life member and son-in-law, Dick, was an FCFC life member. Mrs. Dill is preceded in death by her husband, John Dill; daughter and son-in-law, Clara and Harry ‘Dick’ Crouse; and a brother, John "Jack" Shockley. She is survived by her grandsons, Ken (Nancy) Crouse, of Waldorf, Md., and Douglas (Karen) Crouse, of Harrington; granddaughters, Debra Fitch, of Smyrna and Sandra (Michael) Hernandez, of Dover; great-grandchildren, Heather Crouse, Jennifer (Tim) Crouse Hood, Justin Crouse, Jeffrey Crouse and Michael (Brittany) Hernandez. Interment was in Mt. Olive Cemetery, Sandtown. In lieu of flowers, the family suggests contributions to Manship Chapel Church, 4912 Burnite Mill Road, Felton, or the Felton Fire Company, PO Box 946, Felton. This web site article was prepared on November 22, 2016 by Sandy Wood using information contained in Dorothy’s obituary published in NewsZapDE on Nov. 13, 2016 and FCFC Auxiliary records.