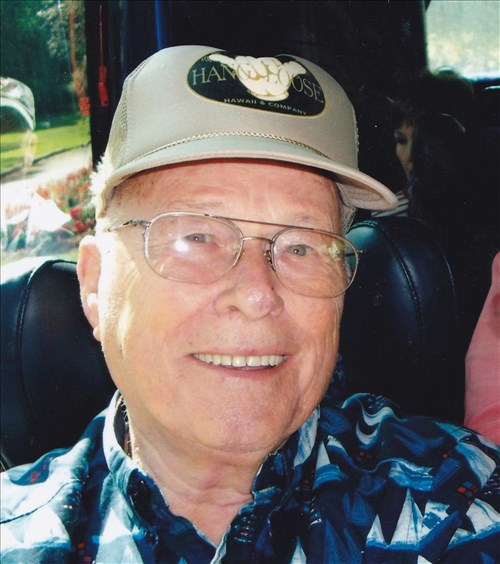 
Joseph Watson Baker, Jr. passed away Monday, May 20, 2013 at the Delaware Hospice Center in Milford at the age of 82. Watson was born November 2, 1930 in Vernon, Delaware to the late Joseph Watson Baker, Sr. and Edna Wooters Baker. He graduated from Harrington High School, following graduation he went to work for Wilson Refrigeration in Smyrna. On February 5, 1951 he began work for the Delaware Highway Department as a survey party chairman. Over the next 20 years he educated himself through training schools and correspondence schools. Watson was able to qualify and be registered as a Professional Engineer. He then served as District Engineer, Material & Research Engineer, State Maintenance Engineer and Assistant Director of Field Services. He retired from that position in 1989 after more than 38 years of service, most of which he thoroughly enjoyed. He was a member of the Masonic Union Lodge #7 AF & AM, a life member of Elks Lodge #1903 in Dover, Harrington Moose Lodge #534, the Harrington Senior Center and the Felton Community Fire Company Auxiliary. Watson was a founding member of the Del One Credit Union and a member of the Highway Department 10 Year Club. He enjoyed life in general which included many other interests…golf, bowling, fishing, snowmobiling, traveling and a treasury of collections. He enjoyed being with his family and friends, also his faithful dog Bogey. Watson is survived by his wife Betty Lou Baker of Felton, his son William H. Baker and his wife LuAnn of Milford, his daughter Judith “Judy” Smith of Felton; grandchildren Kimberly Edwards & Riley D. Baker; sisters Madelyn Foxwell and Anna Mae Draper; her husband Allen all of Harrington; sister in law Ellen Cowgill and husband Charles of Smyrna: and several nieces and nephews. His wife Betty Lou Baker is a member of the Felton Community Fire Company Auxiliary: his son, William H. Baker is a member of Station 52, Houston Volunteer Fire Company. This website article was prepared by Ken Ryder using information contained in the obituary printed in the Delaware State News on May 21, 2013.