Mrs. Kemp was a group leader at the ILC of Frederica, where she worked on chemical suits. In her spare time, she enjoyed listening to her country music, going to auctions and yard sales, and bowling. In years past, she enjoyed camping, and going to the Modern Maturity Center in Dover.

She will be remembered for her friendly outgoing personality and smile that lit up a room. She enjoyed being around people and enjoyed being with family. She was a devoted wife whose heart was broken when her husband passed away. She was a great mother and grandmother and will be missed dearly.

She is survived by her daughters, Denise Abbott of Felton, Cora Bonniwell of Harrington, Joyce Lynch of Arizona; brothers, Leon, Ernest, and Harold Carlisle; three grandchildren and five great-grandchildren.

Burial was in Hollywood Cemetery, Harrington.

Thelma was a former member of the Felton Community Fire Company Auxiliary, where she enjoyed marching in our parades.

This web site article was prepared on September 3, 2017 by Sandy Wood using information contained in Thelma’s obituary published in the Delaware State News on August 30, 2017 and FCFC Auxiliary archive records. 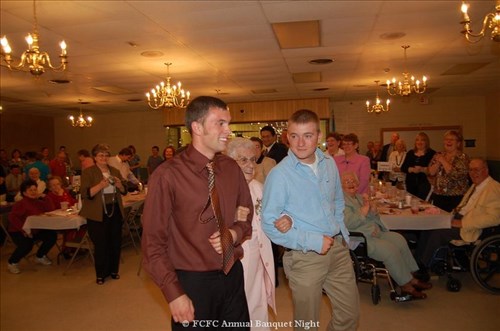