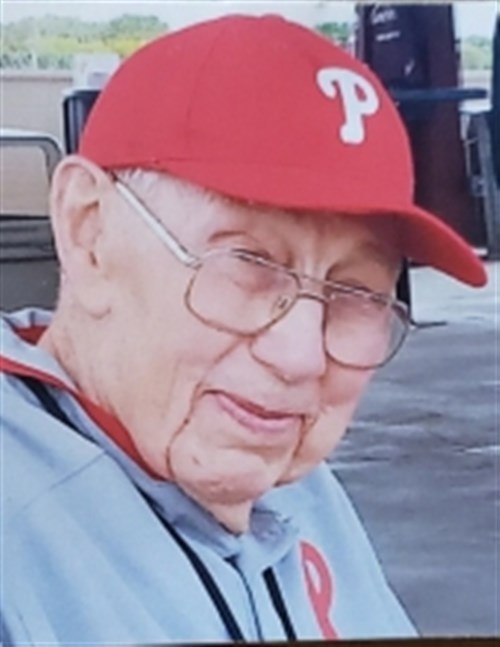 
Thomas Lawrence Kates, a lifelong resident of Felton, made his Transition on Monday, April 19, 2021.

Born in Felton, Thomas was the son of the late Lawrence John and Emma Laura (Bradley) Kates. He graduated from Felton High School with the class of 1939 and then worked at the E.I. Dupont Company in Seaford as a Line Supervisor, retiring in 1980 after 40 years. Lawrence loved his hometown and was very active in the community and participated in numerous local civic activities and organizations. He was the manager of the first Felton PONY League and was active many years coaching the 13-14 year old boy’s baseball team. He was actively involved with the Independent Order of Odd Fellows, where he held numerous local and state positions and titles, including Noble Grand Master.

Lawrence, also known as Thomas, was a member of the Felton-Viola United Methodist Church since the age of 10. He held many positions in the church throughout the years, including Sunday School Teacher, a member and chairperson of numerous boards and committees. He once served as the church’s Charge Lay Leader, preparing and delivering sermons to the congregation. Thomas served our Nation during WWII with the US Army’s 1124th Engineer Corps Group.  Afterwards, he helped establish the Adams-Simpler-Ware VFW Post 6009, becoming the Post’s first Quartermaster. He was the last surviving founding member of the Post. Lawrence was an avid gardener and his time in his garden was therapeutic. His garden, which he grew up until the age of 95, was open to his neighbors and he loved sharing his bumper crops with them. He was especially proud of his delicious strawberries and scrumptious butter beans. Along with his love of his hometown, community and gardening, he was a fan of the Philadelphia Phillies. During the past few years, he, along with his son, and some of his baseball loving family members, he attended Phillies Training Camp in Clearwater, Florida. He very much looked forward to these outings.

In addition to his parents, Lawrence is preceded in death by his loving wife of 71 years, Margaret (Cox) Kates; a sister, Selena Sherwood and her husband Bob, and a son-in-law, Gary Furlong. He is survived by two children, John Kates (June) and Peggy Furlong; five grandchildren; and 11 great-grandchildren.  He was also looking forward to August when he would meet his first great-great grandchild, Violet.

Private interment was at Odd Fellows Cemetery in Camden.

This web site article was prepared on April 29, 2021 by Sandy Wood using information contained in Lawrence’s obituary published online and the Delaware State News and FCFC and Auxiliary archive records.