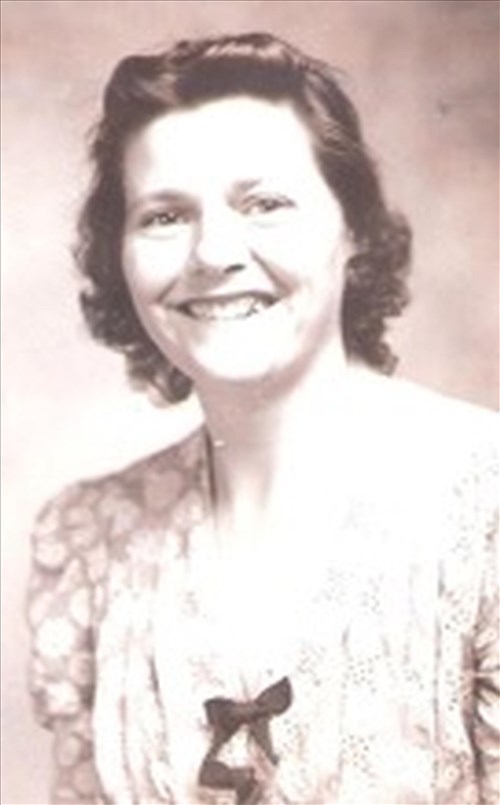 
Bessie E. Sherwood McCracken, of Frederica, died Saturday, April 24, 2010, at the Delaware Hospice Center. She was 100 years, 5 months, 11 days old. She was born November 14, 1909 in Riverside, N.J., to the late Frank and Jennie Kemp. Besides being a great homemaker, Bessie worked as a clerk for Fletchers Package store for many years. She held numerous other jobs including a telephone operator, bus driver, and for Playtex. Her favorite hobbies included cooking, eating out, and dancing. She even danced on her 100th birthday. She was a great people watcher and enjoyed travelling. She especially enjoyed the cruises she had the pleasure of going on. She will be remembered as having a bubbly personality with a smile ever present on her face. She was always cool, calm, and collected, and never had a harsh word to say against anyone, and everyone she met genuinely liked her. Her family was her pride and joy and she was a wonderful mother and grandmother. Bessie belonged to the Harrington and Milford Senior Centers, and Harrington Moose Lodge #534. She was preceded in death by her husband, Wilbert "Cherry" Sherwood Jr.; infant daughter, Barbara; brother, Carl Kemp; and sisters, Wilhelmina Hammond, and Rachel Boone. She is survived by her son, Joseph Sherwood of Felton; daughters, Olive James of Long Neck, Audrey Holloway of Frederica, and Janet Urso of Port St. Lucie, Fla.; ten grandchildren, 17 great-grandchildren, and five great-great-grandchildren. Bessie was a charter and life member having 70+ years with the Felton Community Fire Company Auxiliary. She served as our Assistant Treasurer in 1957 and 1958. Bessie was active for many of those 70 years and was famous for her dumplings. Her husband, Cherry, was a charter member and past chief of the FCFC; her son, Joe, is a life and 50+ year FCFC member; her daughter Olive is a past member of the Auxiliary and her daughter, Audrey Holloway, is a life and 50+ year member of the Auxiliary. Her daughter-in-law, Norma Sherwood, is a life member of the Auxiliary. According to her son, Joe, Bessie’s family was very important to her and she made sure they always had breakfast together. This web site article was prepared by Sandy Wood using information contained in Bessie’s obituary published in the Delaware State News on April 26, 2010. The 100th birthday celebration news article was published in the DSN on March 18 2010. Prepared on June 18, 2015. 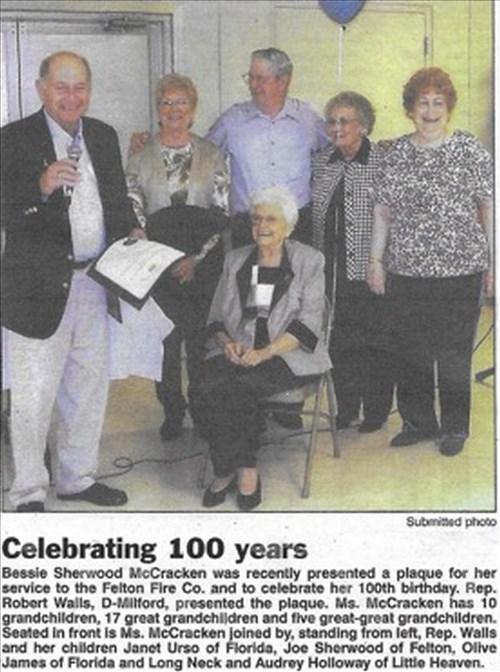 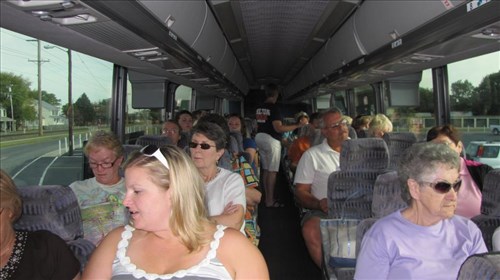