KCVFA 2013 Woman of the Year our very own Charlotte Gingerich
Saturday, February 22, 2014

Charlotte Gingerich joined the Felton Community Fire Company Auxiliary in 1962 and has remained very active for 52 years.  She served as Vice-President in 1962, 1965 and 1966;  in 1969 she served as Assistant Secretary and in 1982 through 1985 served as Financial Secretary.  She has taken on the responsibility of overseeing the dining room by setting up the tables, securing help to make functions run smoothly and to make sure everything is in it's proper place for the 40+ buffet/dinners the Felton Auxiliary serves in the course of one year.  She has done this non-stop for many, many years.  During the sit down dinners, Charlotte can be found in the small kitchen making sure that the bread, the ice tea and other additional items it takes to make a successful dinner are where they need to be.

She calls for help when needed for cooking and cutting up chicken and making salad dressing.  She serves as the Chairman of the Nominating Committee and calls all eligible members to ascertain if they are interested in running for office.

She attends all regular auxiliary and Kent County Auxiliary meetings always keeping in mind that the sole purpose of the organizations are to raise funds to assist the firemen in serving their communities.

Charlotte was awarded Lifetime Membership in 2012 being recognized for 50 years of service.  There is no better example for the new, younger members than Charlotte Gingerich who has always been an integral part of the Felton Community Fire Company Auxiliary. 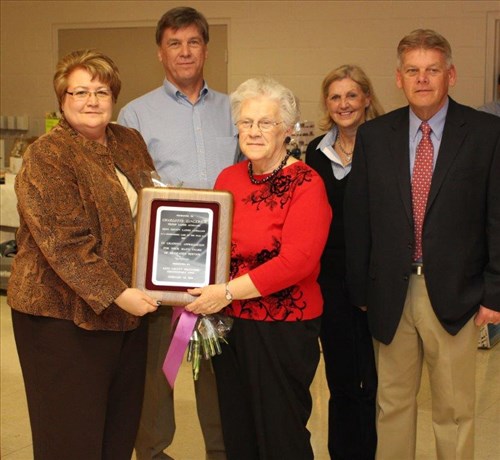